You are here: Home / Latest Articles / Deities & Lore / The Sources of Thor’s Power

Originally published in ORB No.89, October 1989

THOR has been much loved of the common folk and much maligned by the scholars throughout the ages. We see evidence of his cult in the statuary relics of the German mercenaries of the Caesars. The late medieval Icelanders were renowned for their enthusiasm for this most accessible god of our pantheon, the people’s friend; and the Eddaic scholars could not easily ignore him.

Scholars will be scholars, however. There is clearly a good-humoured element of mockery of Thor in the myths as they have been bequeathed to us by the Edda writers. Brian Bates in his description of Thunor, given by Wolf the sorcerer in ‘The Way of Wyrd’, possibly captures the authentic attitude of the heathens in olden days towards the Thunderer, one where respect and disrespect were sublimated in a cordial familiarity such as one might show to close members of one’s family.

Such an attitude is probably unique in the cults of those we may categorise as the Indo-European deities of jollity and joviality, recalling to mind the Roman Jupiter in particular. Thor is thus eminently appealing to the essentially egalitarian-minded Germanic peoples as the most human of the gods.

Now the tales of poets and the critiques of scholars, however entertaining, cannot disguise the cosmic significance of Thor’s force revealed in nature. Why is lightning or, more pertinently, thunder viewed as the epitome of strength? Why not Odin’s violent gales? Or Skadi’s thunderous glaciers? Undoubtedly, if there is an answer it is to do with the pure concentration of the thunderstorm’s electric manifestation. Lightning strikes a point. In that concentration lies Thor’s strength.

In the myths Thor is portrayed as a bulky, sturdy fellow, the very stuff of a fire-lit yarn. For the scholars, the historians, the philological philosophers, Thor and all his attributes intricate physical strength. The moralists then talk of spiritual strength, or strong virtue, personalised by the Thunderer.

Thor the giant-slayer is, however, far from physically overwhelming when pitted against his massive opponents on the battlefield of his victories. Quite the reverse. Thor shows the canton man what achievements can be aspired to against superior forces, how even the greatest obstacles can be overcome through courage and how to see the hope of wresting victory from apparent defeat. Thor, then, is not about strength but courage. Or, if he is about strength, it is strength concentrated at a target.

At least three things need to be said before we restore the thunder god to his place of honour in our Asgarth! Thor is the great ideologue who always got it right; Thor was recognised by late heathens as the master of magic without rival; and Thor has no rune.

Thor’s unvarying and resolute hostility to the giants is often misunderstood as a purely instinctual, and therefore neither conscious nor intelligent, response. In fact, Thor is an ideologue, one who knows through reason that his advantage and his survival are to be secured through an unremitting opposition to the life-threatening and overwhelming forces of chaos. Thor alone curries no favour with the enemy. Such a consistent theme in the Eddaic material can only be accounted for by the supposition that Thor acts from a Standpunkt, from a stance or position. To have an informed and reasoned view of the identity of the source of this hostility to nature is an attribute and benefaction to Thor.

The later heathens, seeing what the potent magic of the Christian rood was accomplishing, adopted in sheer self-defence the Sign of the Crusher, Mjollnir, to reinforce their identity and self-esteem, a sign that is just as relevant today. Their choice was determined by Thor’s secret source of power, magic. Thor is no patron of the dwarfs but his three magic implements possess dwarfish powers, essentially the power to control all electric energies. This power flashes out, hits target and returns to home, wonderfully. Only Thor’s magic can keep the old giants at bay. So Thor’s is the most powerful and most useful force of Asgarth.

Thor has no rune? I hear the muffled murmur of consternation amongst one or two readers. Is thurisaz not Thor’s rune? No. I think it may well not have ever been conceived of by the Erulians as a rune of Thor the thunder god nor of thunder itself. For the Father of the Runes or at least of the Common Germanic Futhark, spoke Common Germanic and could have selected another name for the third rune, had he wanted by any chance to suggest something to do with thunder, a word which would have fitted phonetically, to boot. That word was thunor, cognate with other Indo-European words for thunder. Instead the Erulians called the rune after the giants, his victims by the Hammer. Perhaps the rune masters wished to indicate that whatever this rune implied it did not indicate the god Thunor.

If my theory is valid, we have scope for pondering. Could it be that the most mighty divinity derived his strength, his courage, his ideological soundness and his magic from non-runic sources? Or are we to look outside the common Germanic Futhark to the old Bronze Age signs and marks of the hammers, the axes and the inverted T? 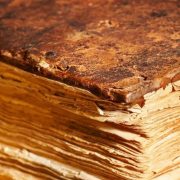 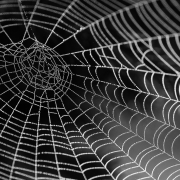 Odinic Ritual: The purpose and need for Dance

Uruz in Physical Use

Meditations on the Black Sun - Part 1

Wyrd Part 2: In the Beginning was the Wyrd

TRIUMPH OF THE RAGNAROK