You are here: Home / Latest Articles / Guardians / Heritage / Rejecting the Past

WHAT HAPPENS WHEN WE FORGET THE ACHIEVEMENTS OF OUR ANCESTORS?
Originally published in OR Briefing 64, May 1987

A RECORD of £800,000 was recently set for a Scandinavian picture, Carl Larsson’s great canvas ‘Midvinterblot’ which, at forty-five square yards, is also the largest European painting ever sold at auction. It was originally painted for the entrance hall of the National Museum in Stockholm and, according to the sale catalogue, it was rejected by the Museum authorities because of its ‘startling’ nudity and ‘its obscure subject’. However, it is a picture that is well enough known through reproductions to many followers of the Odinic Rite.

The subject of Larsson’s painting is the self-sacrifice of the early Swedish King Domaldi, whose story constitutes the first section of the great historical compilation, attributed to Snorri Sturluson, known as ‘Heimskringla’. As a scion of the ancient Yngling dynasty Domaldi is traditionally descended from Odin himself.

During Domaldi’s reign there was a great famine and lack of food in Sweden and the Swedes prepared a large sacrifice at Uppsala. As the possessor of sacral kingship it was believed that the king had a magical influence on the fertility of the land. Domaldi thus combined the roles of chief, priest and shaman and was the subject of veneration because of his powers of healing, his ability to make the rain fall and the crops grow. He was also endowed, according to popular belief, with the ‘royal luck’.

Carl Larsson’s ‘Midvinterblot’ was completed in 1915 (not, as the catalogue states, in the 1880’s) and has been described as a ‘colossal and orgiastic fantasy’. King Domaldi is shown naked on a sled in front of the snow-covered Great Hof at Uppsala as Gothar prepare to slaughter him with a dagger, while euphoric maidens in Lapp costume perform a fertility dance in his honour. For it was an honourable death that he faced. The King, as shown in Larsson’s painting, gives his life for his people and thus sets a patriotic example for his successors. This is the interpretation of Domaldi’s death which is supported by most modern scholars. His body was used, like seeds, to bring about fertility, a practice fully in accord with Odinist belief in physical immortality through recycling of the body. In ‘Heimskringla’ the scald Thjodolf says:

This nicknaming of Domaldi as ‘Enemy of the Jutes’ may, according to a paper read to the International Saga Conference at Copenhagen in 1985 by Lars Lonnroth, have been a purely conventional way of filling up the line, since the Swedish kings were generally supposed to be feuding with the Danes (in much the same way as the Scandinavians and Anglo-Saxons were earlier in the present century feuding with the Germans).

Domaldi ‘s genealogy is of some interest to UK members of the Odinic Rite since it is likely that, although a semi-mythical and obscure local king, he figures among the ancestors of Queen Elizabeth II. According to ancient oral tradition the great military leader Odin established the sacral monarchy after arriving in Sweden from the East. He instituted sacrificial Blots in the autumn for good crops, in midwinter for vegetation and in the summer for victory. The Odinic Rite continues this ritual at its Blots (although now, of course, the sacrifice is purely symbolic) when at the Memory Cup we cry out to the gods that ‘we be rewarded with fine harvests’ and in the promise of victory in the Troth.

The Ynglinga saga relates how Odin, when he felt death approaching, marked himself with his spear and told his people that he will go to the land of the gods. He was worshipped as god and Allfather. Njord succeeded him as a worldly ruler and he also died after having marked himself with Odin’s spear. He was succeeded by Frey, the builder of the Great Hof at Uppsala. The sacral kingship was thus firmly established in Sweden by the divine trinity of Odin, Njord and Frey. Eventually the royal dynasty of the Ynglings was transferred from Sweden to Norway.

If the subject of Larsson’s ‘Midvinterblot’ is indeed regarded in Sweden as obscure it tells us much about the state of that country and the cultural decay of which the custodians of the National Museum are apparently willing agents. The final humiliating blow following the sale of ‘Midvinterblot’ is that its future home will be the Umeda Gallery of Tokyo. Rejection of national history seems to be practised only by North European governments. Even as I write this I notice an item in one newspaper (and only in one) to the effect that the Middlesex Regimental Museum has been told to get out of Haringey Council owned Bruce Castle, in Tottenham, because local councillors want to ‘change the emphasis to a positive outreach towards the borough’s black and minority ethnic communities’.

The Middlesex Regiment was raised in 1757, during the Seven Years’ War, and later saw action in the American War of Independence, in India, the Peninsula, the Crimea, New Zealand and elsewhere. My own family was connected with the ‘Die Hards’ for the best part of a century before the Regiment was disbanded in 1975.

Now, it seems, the historic relics of this famous regiment must be dispersed to make way for tableaux of what British Blacks are now encouraged by sane politicians to call ‘the ‘Tottenham Uprising’ (a riot during which a police officer was hacked to death), exhibitions extolling IRA terror-gangs and, perhaps, a gallery of portraits of Bernie Grant and his like.

This is but one example of what is now happening countrywide. In order to placate foreign and immigrant groups we – the indigenous peoples – must forego our own culture and our history because it is regarded as offensive and an affront to those who have small culture and no history. In the name of a spurious and unnatural equality we must forget our past and the breathtaking achievements of our people.

Sometimes it seems to me that within the Odinic Rite lies the only solution and the only sustained struggle against this gradual erosion of our culture. On the festival of Sigurd, we invoke the gods in our Blot:

‘Our fathers lived since ageless time in this land, where days brought healing and not decay. Oaths for us they swore: now shall we fulfil them all, to lord and land and league of friendship. For now is the hour come: foes and fires are before us.’

However, today’s foes are not, like the foes of old, dressed in uniforms and steel helmets. They are here among us, already in occupation and often indistinguishable from ourselves. Much as we may criticise the Swedes for their apparent indifference to the story of King Domaldi it is our own predicament that should be our main concern, ourselves that we should be crying for. That, and alarming and arming our compatriots with the spirit of the Einheriar, our ancestors, for the fight that has already started. 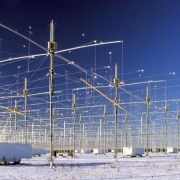 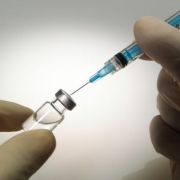 Your New Awakening: Your Health
0 replies