You are here: Home / Latest Articles / OR and Odinism / Function, Faith, Frith

In the microcosm and macrocosm there exist paradigms, or patterns, that determine everything. Plato called these “forms”, they are also known as Ideals. This is true of physics as it is of metaphysics yet our focus here is of course to the spiritual and the Odinic ambition of continual “Becoming”.

Form makes Function
In the philosophy of aesthetics (i.e. beauty) is the maxim “where form meets function” yet often form also makes function. We know this to be true using all three types of knowledge (observation, reason, intuition) especially in the light of our folkish worldview and concept of metagenetics and biological determinism, that is that the blood determines physical and metaphysical expression.
There is always a cause; a causal connection of Being that develops through struggle, creativity and evolution into Becoming. This life struggle as seen from the Odinic world view should always be embraced. The philosophical and theological argument in the past 300 years over determinism versus free-will is solved by the Odinic concept and thew of becoming. Much of this argument has actually been the Christian thinkers dilemma if reconciling monotheistic dualism (man vs. nature/god vs. nature). In polytheistic Odinism our theological concept of monism or pantheism (man with nature/god in nature) neutralizes much of the above argument. Hail the Alfar!
Becoming is implied in the creation story of Ginnungagap which most of you should know. Simply put, becoming is a cycle (dialectic) of creation and evolution through Orlog, that “ it is clear both that the Gods were produced from the primeval creative conditions instigated by Orlog and that the actions of the former led to the subsequent development of the world as we know it today.”
This form-come-function, in the runic process of Uruz, continues as our Gods developed into multiple functions known commonly as Dumezils “trifunctionalism” whereby the Gods of all Indo-European pantheons can be reduced to three branches: 1) Judge – King – Magician – Priest (Odin -Tyr), 2) Warrior (Thor) and 3) Providers (Vanir). Trifunctional unfolding continues as the gods create and evolve life in a continuous state of Becoming.

The Gods then make man with this same form-come-function process. In the Rigsthula, Heimdal further refines this process through racial and class divisions

Expectation
With all of this in mind, it is clear that all or most things have a function and with it we can place faith in expectation. For example, when I go to a cafe, I do not expect to be served shoes, when I go to a temple, I don’t expect to hear a political speech. In keeping separate things separate the gods have created us and evolve us as we evolve ourselves and them. It is religious pollution for adherents to mix politics or socializing with religion or spirituality. For example Hearth blotar should not be just a once a month barbecue party. Our social, political and religious lives, as functions, need to be kept separate although this is far easier said than done. A comrade’s choice of politics or socialising is their own so long as the functions are not disrupted, compromised or confused. If they are compatible they run parallel, otherwise they overlap and conflict. Christians are bad about this because their theology, monotheism, itself refutes polytheistic functionality in favour of centralization. Although Odinism is holistic we keep separate-things separate.
Western pop culture, based on religious and cultural egalitarianism which further is based on centralisation (“we are all One” mentality) of functions is the root of many conflicts today. No better example is given than in today’s misplaced “diversity” (as a means and not an end) and the expectations that different people have of one another that often leads to conflict and chaos. Therein lies the soundness of Odinic theology with everything in its natural and supernatural place.

Steadfastness and Troth
With each person in his or her proper place or “stead” Being and Becoming true to ones duty to self, folk, theod and troth, it is clear we must remain steadfast in faith. This is what I call faithbuilding. The NNV that come to mind are discipline, fidelity, truth and perseverance. To be steadfast one will remain in frith, as joy-in-victory, Sig Wunjo as opposed to the “winning by losing” strategy of popular religion and culture. This is encapsulated in our ancient word for faith: Troth, which is etymologically related to truth. For our folkish resurgence we must remain steadfast though all of the struggles within us and trust in our gods-given functions. 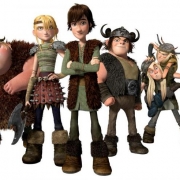 The Origins of The Stork and Newborns 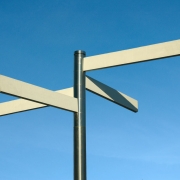 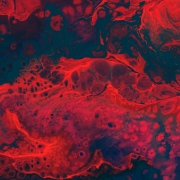 Sons of the Land - Men of Fylfot Hearth OR