You are here: Home / Latest Articles / Deities & Lore / The Mead of Inspiration

Mead is mentioned frequently in Odinic myths and other bodies of writing related to Odinism, and as we know (and sometimes enjoy), it is also in evidence at Odinist gatherings etc. Many Odinists brew their own mead and in many ways it would be a fair observation to say that mead drinking has become a part of Odinist practice in some instances.

I am not here referring by the way to the ritual libation which though we nearly always refer to as mead, does not actually have to be mead. In that context it is more symbolic than literal so juice, water etc. can be used as it is the symbolism which is important and the liquid, be it mead , water, beer etc. is charged regardless of what “beverage“ it actually is.

Now we could also fairly observe that the drinking of alcohol is part of our wider cultural inheritance and certainly not the exclusive preserve of Odinists, but it cannot be denied that both symbolically and literally, drinking alcohol is a feature of our religious community. It has been the subject of many jokes and light hearted comments and I certainly admit to having made such remarks myself and partaking of the practice. However, I think with the advance of our holy movement and its very definite deepening, we do need to take a `sober` look at this aspect.

As has been reported alcoholism within our community is a problem which cannot be ignored or laughed off. The fact that it is now at least being acknowledged and ways to address it being looked at, is a very positive step and though no one is suggesting we adopt a puritanical or kill joy approach at all, we should realise it is not a matter for humour. It is not in reality funny to refer to particular brands of mead as “viking crack“ as has been done . Crack cocaine is not in any way a laughing matter but a vicious and horrendously destructive social menace, addiction is not funny but corrosive . Addiction to viking crack or any alcohol is not really a matter to laugh about. So to minimise the problem by such joking, though well intended and not willfully malicious, is not essentially positive.

Now am I suggesting we become teetotal ? Absolutely not, but we must ensure that what in a few cases has become almost a “cult of regular excess drinking“ does not become a key factor in the Odinist movement, and we must do our best to remove what at times can be seen as an actual necessity to drink alcohol to partake in Odinist practice .

Part of the problem lays in a mentality which still at times, tends to literalise the myths. As has been pointed out often by the Odinic Rite in various articles etc, the mythology is not literal. As has been said before, while no one is likely to seriously argue with that fact, there still is at times a tendency to be selective on this. As was pointed out in one the articles identifying the symbolism of the Loki figure (illusion) while I have never met an adult who seriously believes Thor literally flies across the sky on a chariot pulled by a couple of flying goats, I have met people who take other mythic symbolism as literal. I have, for an example pertinent to this article, encountered some folk who have actually excused drinking to impairment by stating that the Gods drink mead. Of course this also overlooks the fact that the Havamal explicitly warns against drinking too much.

However, it may be beneficial to take a brief look at what mead actually symbolises in our mythology. As we know the myths are not literal, it is obvious reference to mead in them is not literal. What it symbolises is the life force which animates everything. This life force is a pervasive and subtle energy which we cannot adequately explain or comprehend unless we treat it allegorically in myth at our current level of development. We may well be able to explain and understand other components which sustain life in this realm; food, water, air etc but there is something more, something which animates. While these other things sustain physical life on Midgarth they do not of themselves animate.

It is this life energy which is the animating force in the multiverse. Today science is beginning to acknowledge this and search for it, but this is a wisdom which was known by our very ancient Aryan forebears. Knowledge of it is found in many of the ancient texts and it has, through the ages, been known by a variety of names. Ond some may call it, or Vril etc. Or as the ancient Aryans termed it, Prana. It was known that when we incarnate physically,we are born with a reservoir of this energy which is seen to reside at the base of the spine. This was known and still is as Kundalini, now some folk may want to ascribe a more “Norse“ name to this, and if it helps their understanding fine, but it isn’t so much the term used as the actual realisation which is important. I personally have no problem with the ancient Indo European terms and in fact, often prefer them, but as said such matters are not the essential concern.

Kundalini is depicted as a serpent and in Odinic mythology, Nidhogg and Jormungandr in some aspects of their symbolism represent this. There are various techniques to harness and develop this energy in a disciplined way, however this is not the subject of this article. In some ways, our physical bodies can be compared to a battery. We incarnate with a supply of this life energy which animates us here while it lasts. Like a battery it will run down and as it does so our bodies age and finally expire, the life energy is removed. In the far past our forebears, understanding this and the nature of existence, had developed techniques to replenish and extend this life energy, to recharge the battery as it were, thus extending youthful health and life. As the great cycle of time went into its declining cycle ( see earlier ORB article Cycles of Time) this knowledge became less and less understood and generally lost (though never totally vanishing).

Now in our myths as they exist today, we see that Odin, unlike other Gods, does not need to eat and is sustained only by the sacred mead. Odin, being the apex of that higher state of existence and awareness (Odin consciousness) can be sustained directly by the subtle and pervasive life energy symbolised as mead. We also know that the Einherier are served with mead as they return from their daily battles. Again this is symbolic of receiving this sustaining energy and their daily “battles“ are the practice of the techniques to acquire renewal of this energy. They of course also require “food“ but this is symbolic of the fact that though more evolved than most, they have not yet attained the full Odin Consciousness which comes at Ragnarok.

In the myths, we also see that various other beings, giants and dwarves, desire this mead. This illustrates the desires we have to fulfill various physical and cravings and how we can therefore drain this life energy by pursuing illusions or using it chaotically or ignorantly. Another allegorical reference to this energy is contained in the myth of Idun as keeper of the Golden Apples of youthfulness. These apples (life energy) sustain the dwellers of the God realms and are coveted by a giant (as seen the desire for selfish negative gratification). Again Loki plays a role by helping the giant to steal the apples which symbolises it is ignorance (or illusion) which gives rise to these cravings. By giving way to such cravings we deplete our life force and in the myth the Gods are shown as aging . However when Loki (illusion) is overcome, the giant (selfish craving) is defeated also and the flow of life energy restored. Both the apples and the mead are symbolic of this life energy.

This is, as said, a brief explanation, but it will make it clear, that to be an Odinist does not require literal drinking of alcoholic beverage. And again, most definitely I am not suggesting we become a teetotal movement. But neither should we justify or encourage irresponsible drinking by seeing the reference to mead in our myths as being literal.

It should also remove the pressure or expectancy sometimes leveled that those attending an Odinist celebration to have to drink alcohol. In fact while ALL should strive to drink deeply of the mythic mead some should refrain entirely from the literal alcoholic variety and should not be cajoled into doing so.
Hail The High Holy Ones
Hail The Awakening
Hail The Rite
Heimgest. 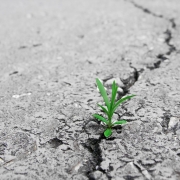 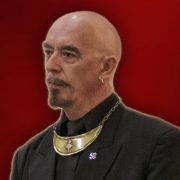 YGGDRASIL AND THE INDIVIDUAL - Part 1

Attracting Women to the Rite – Some considerations.